So, I made this Sakura tree in Tilt Brush, and while exploring some VRChat worlds I encountered some beautiful water shader and wanted to try to create something similar in a relaxing experience. 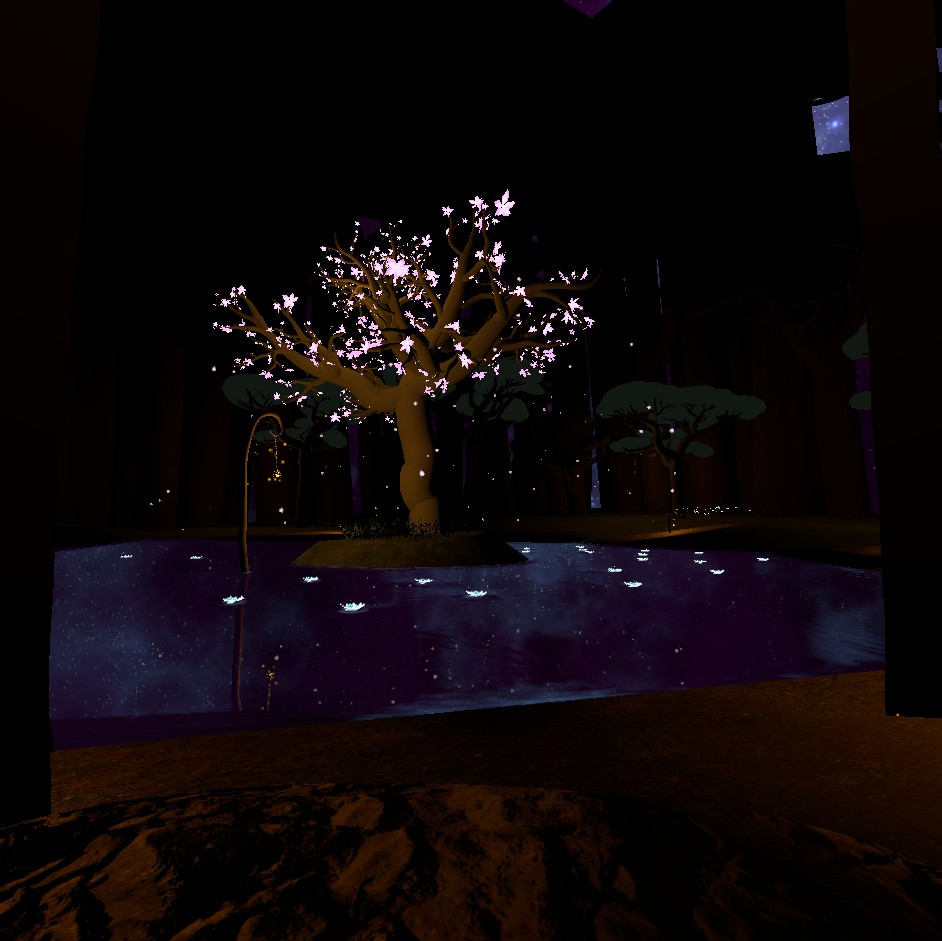 I also wanted to learn more about textures as I had only been using the Tilt Brush presets. This were great and easy to use thanks to the easy importing of assets in Unity using the PolyToolkit. But that started to limit the graphic atmosphere I was after for the finished scene and adding textures in Unity was a delicate work (TiltBrush tend to group the meshes created with the same tool into one mesh… making texturing hard). Another issue was that 3D models imported directly from tilt brush don’t always have “clean” meshes, and optimizations become much harder as the environment complexifies. So, I exported my tilt brush sketches as .FBX, took a deep breath and dived into Blender’s amazing universe. After hours of tutorials, a bit of ‘banging head on the wall’, and a lot of commitment, I finally had a forest clearing with a pond and a tiny island in the middle of that pond, where my beautiful Sakura tree would soon throne with pride. All of it with nice, optimized meshes ready to receive some textures.

It was time to get into the water, to be honest I looked at what shader code looked like to see if I could understand a bit from the different scripts I was using… And until this day I still have no clue how it really works… But I managed to end up with something that I found satisfaying (thanks to SilVr tutorials). 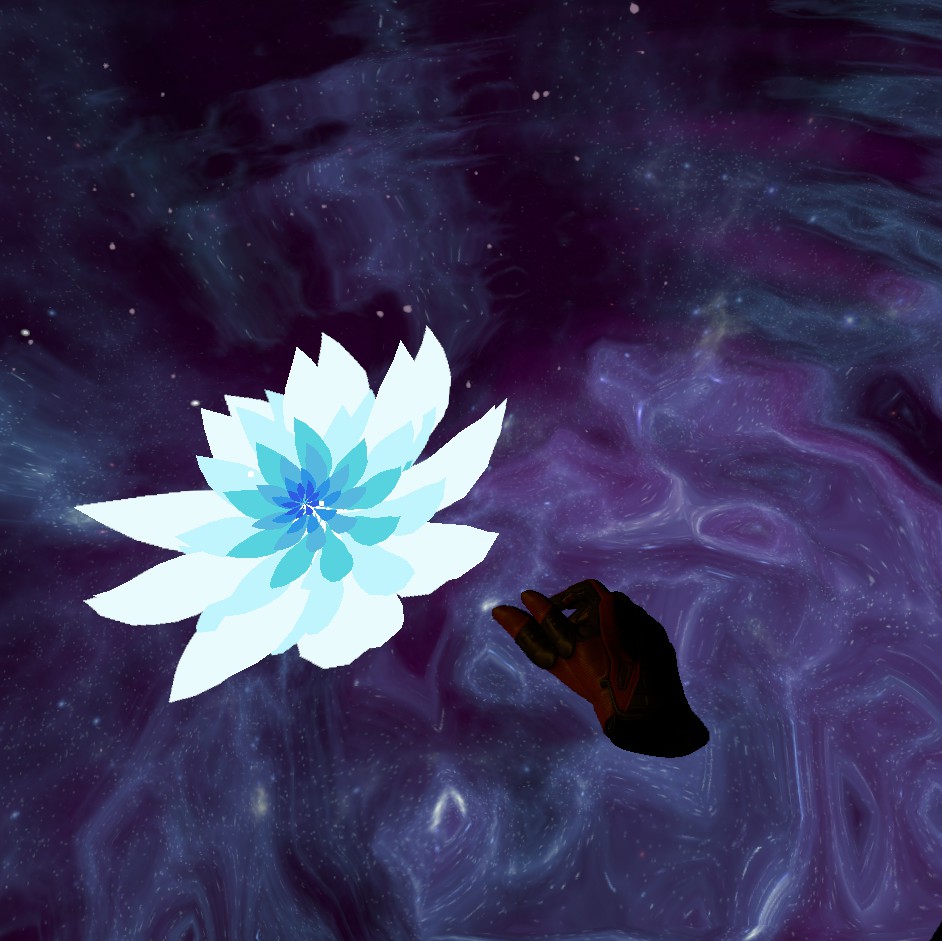 When I put the Sakura tree on the tiny island, I got quite exited and kept adding details to this project that was supposed to be just a tiny exercise for me to discover new features. 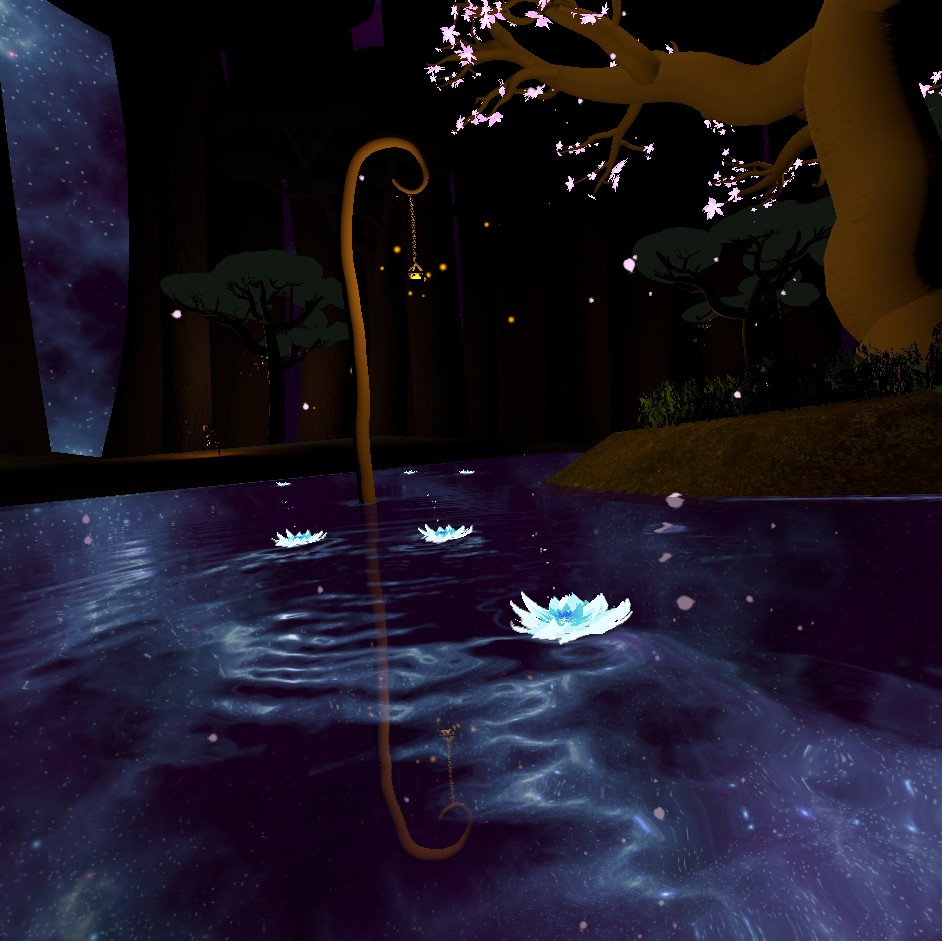 I played with the physics layers to get the flowers to float and be interactable, added some particles systems, flowers, fire camp, music… 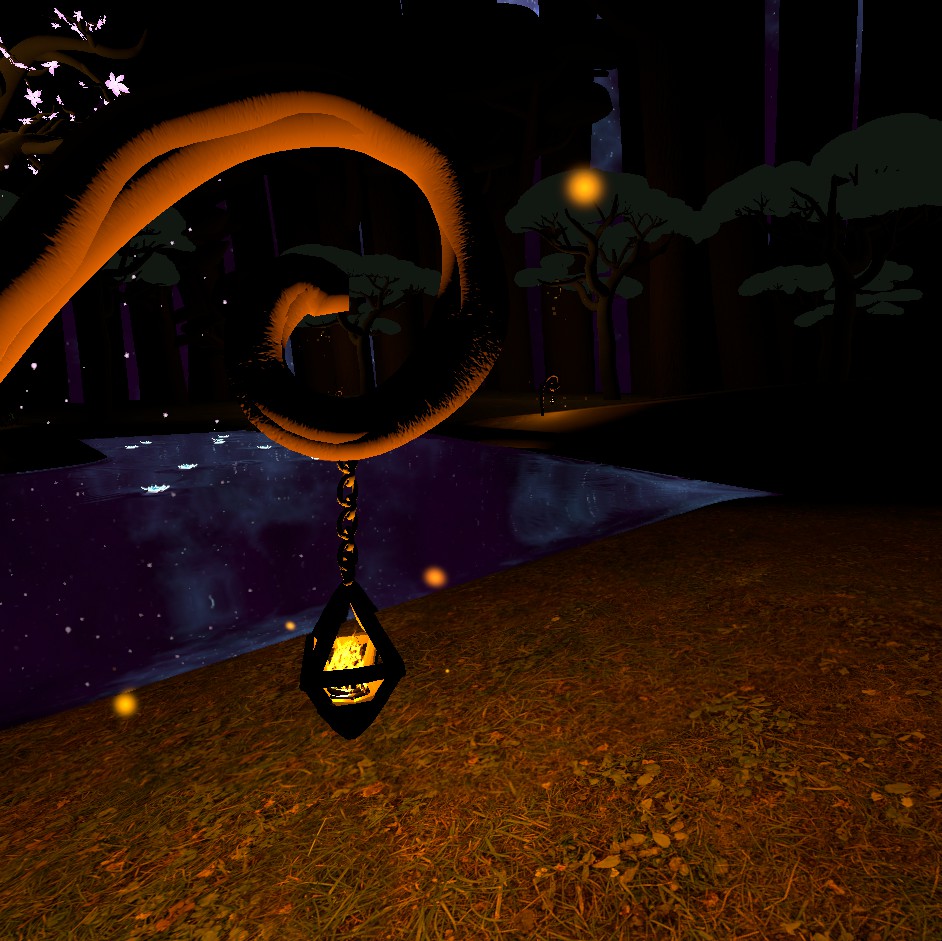 Now it’s your turn to relax…

If you have a VR headset just download the Game Folder with the link below and run the SakuraRelaxation.exe file. It should be compatible with most headset but I have only tried it on an HTC Vive. It wasn’t designed to be a final product so there’s no UI but there isn’t really a need for it. There isn’t mush to do inside except playing a bit of improvised bowling with the floating flowers and relax.

Under The Sea Project

Hi ! My name's Lisa, Aka Rayaa, I'm a VR artist trying to do some game development. I'm making for the community and post new ones

Subscribe to our newsletter and we’ll send you the emails of latest posts.