Under The Sea Project

I always loved the ocean and its creatures. So naturally a lot of my TiltBrush drawings are about underwater fauna and flora. I made plenty of different corals, fish and jellyfish. But those are living creatures right ? They’re suppose to swim around and flock together ! It was time for me to learn more about boids, and behaviour IA. 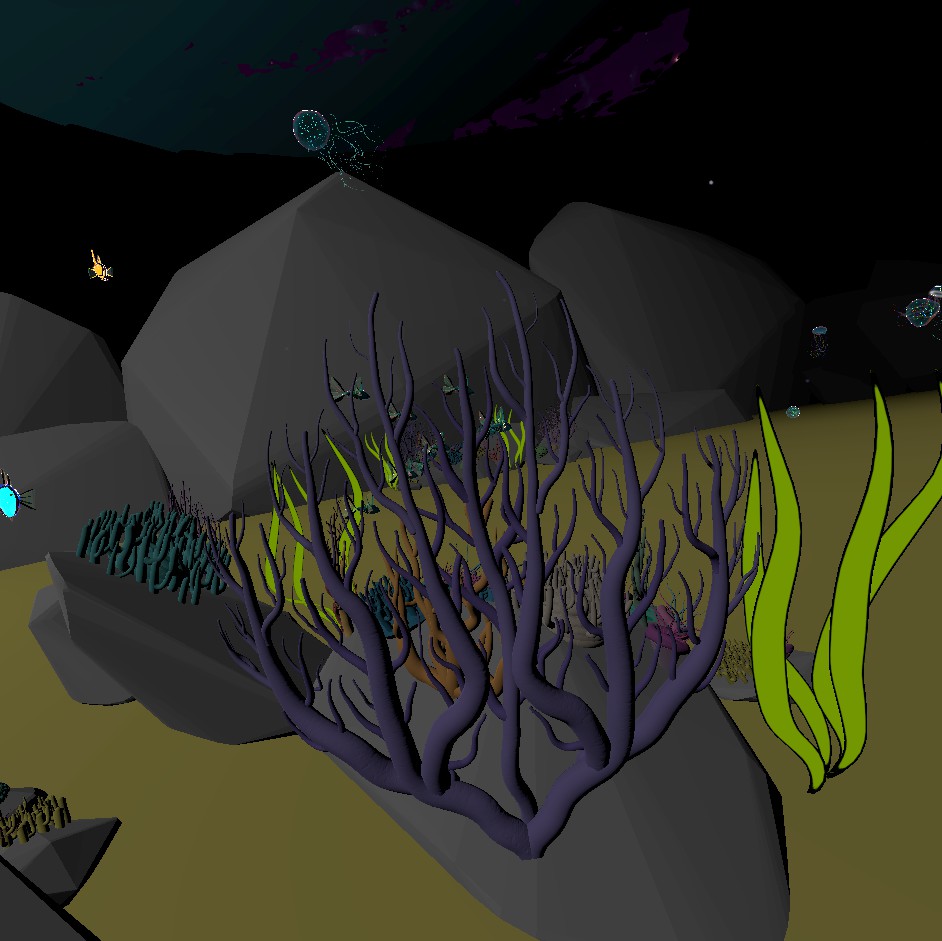 I looked at some tutorials for fish flocking scripts and managed to get this one working. But my projects was getting a bit bigger and I wasn’t fully satisfied of the fish behaviour. It was a mess to try to get them to not collide with the environment and after a bit more research I encountered this video. His script was beautiful and smart. So I decided to work with that instead.

I had to modify the original script to create different fish “famillies”, so the different species of fish won’t flock together, and have unique behaviours (max speed, average speed etc…) 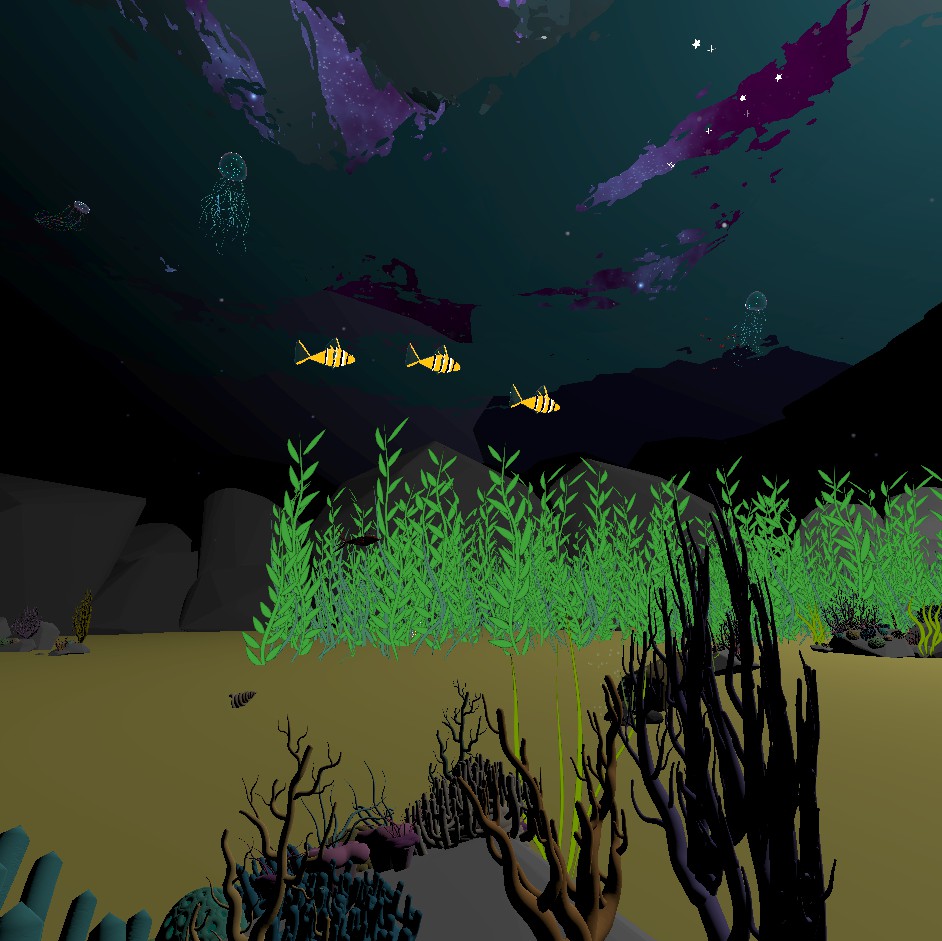 I wanted to play with interactable objects so I made some magic orbs. I made some seashell too where you were supposed to put the orbs to trigger something but I didn’t really liked it after a bit of trying, so for now there’s orbs around but nothing to do with them yet. 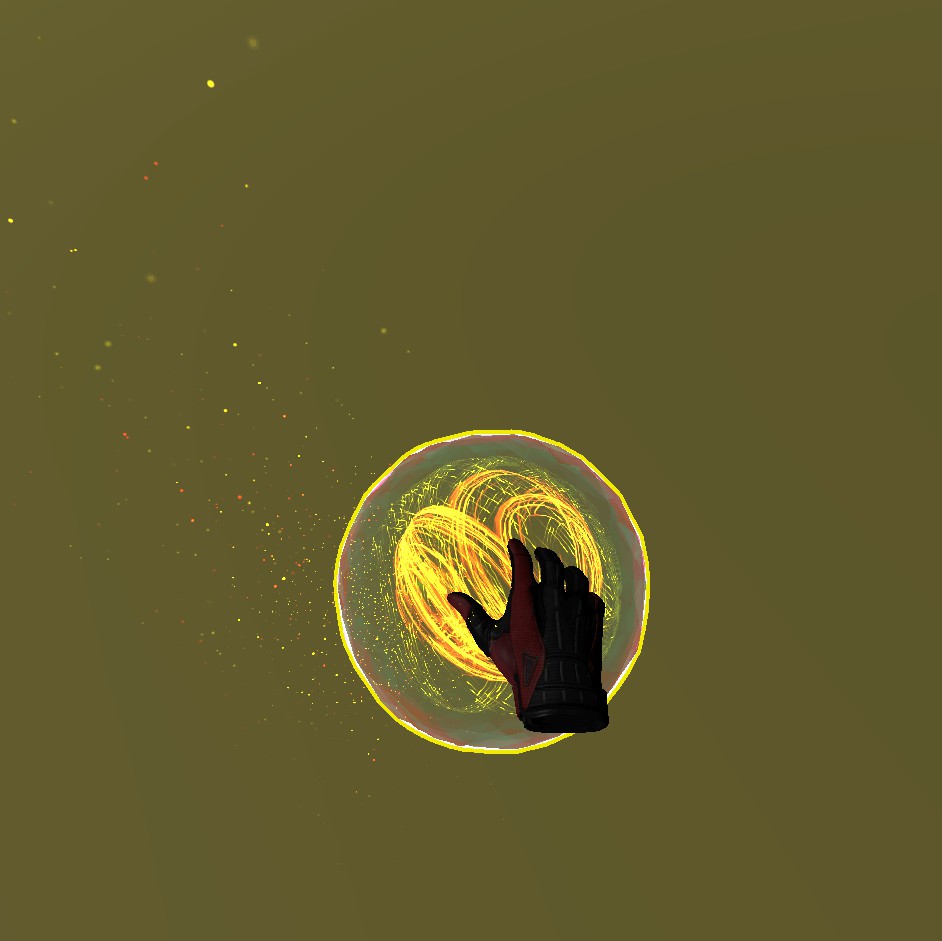 I ended up modifying the first fish flocking script I worked on to make jellyfish behaviour but I ain’t super proud of it (Who would have guessed that sush simple creatures would be so hard to script !) 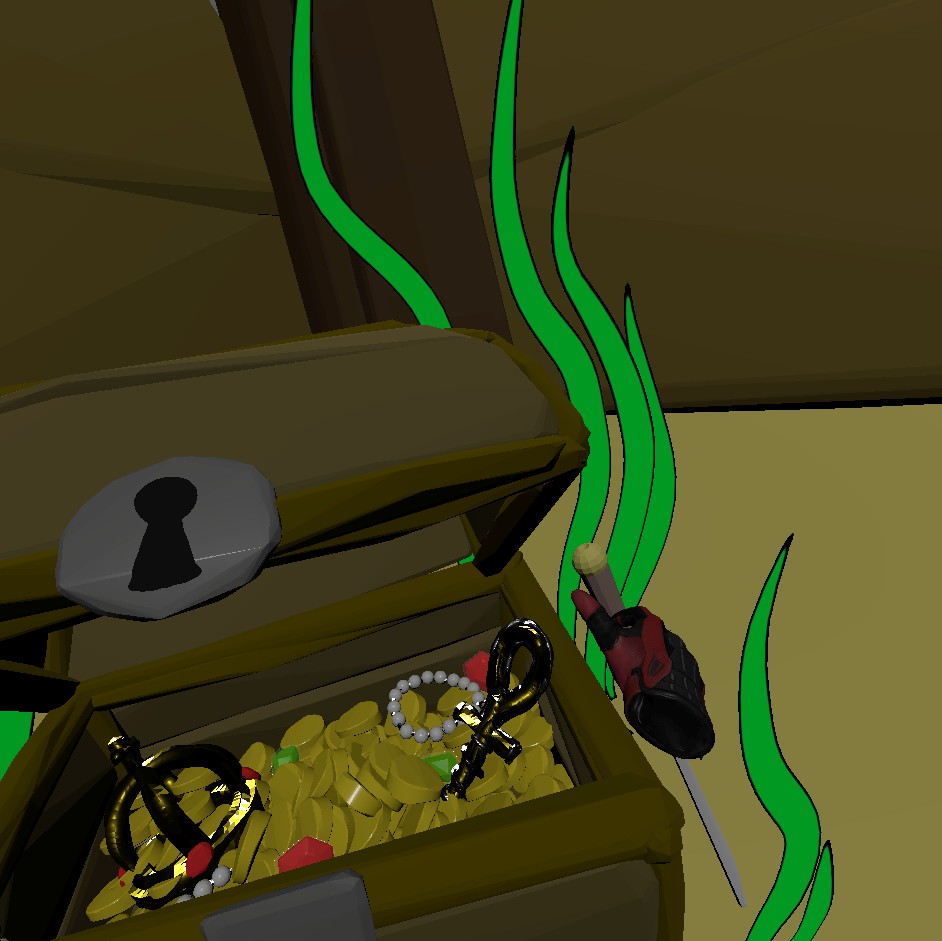 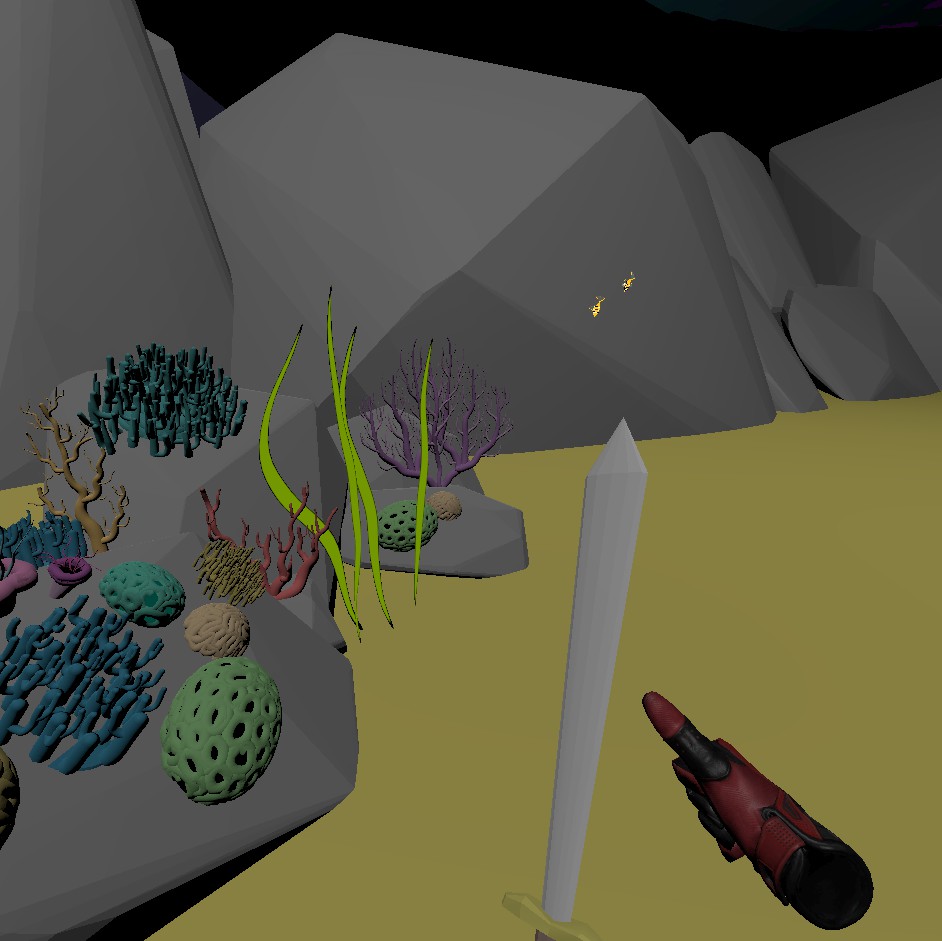 Now it’s your turn to dive…

If you have a VR headset just download the Game Folder with the link below and run the SteamVRUnderwater.exe file. It should be compatible with most SteamVR compatible headset but I have only tried it on an HTC Vive.

This is just a Sandbox Project ! Don’t expect a game, it’s more of a tiny “aquarium” experience. If you like the 3D models you see (corals, fish, treasure chest etc…) most of them are downloadable for free here

Hi ! My name's Lisa, Aka Rayaa, I'm a VR artist trying to do some game development. I'm making for the community and post new ones

Subscribe to our newsletter and we’ll send you the emails of latest posts.